Often cited for her adventurous, risk-taking approach, Janice continually challenges herself, keeping vocal improvisation front-and-center in her performances.  “I’ve always been drawn to jazz as an instrumental, improvisational art form,” she says.  “I’m really a ‘vocal instrumentalist’ – a musician whose instrument is my voice.“  Her repertoire is an eclectic mix, favoring instrumental jazz tunes by modern and contemporary jazz composers, many without lyrics.

With each successive recording Janice continues to drill deeper into the musical approach that has distinguished her from so many of her contemporaries – and to reap wide critical praise.  Her CDs Promises to Burn (2014) and From Every Angle (2007) received “4 stars” in DownBeat Magazine and ranking as one of its “Best Albums of the Year.”  Agents of Change (2003) was named “The #1 Jazz CD of the Year” by WBEZ-FM Chicago Public Radio and praised by Jazz Times as “Genius.  Pure genius.”

Her penchant for singing instrumentally-conceived material led her naturally to her emergence as an accomplished lyricist.  “I want to create a text that ‘informs’ the music, focusing on its emotional content, and expresses how I feel when I sing it.”  She has created the official lyrics for Joe Henderson’s “Black Narcissus,” as well as Peggy Stern’s “The Aerie,” and Bill Evans’ “Remembering the Rain,” and her official published lyrics to Bill Evans’ “Five” are included in the Bill Evans Fakebook (Folkways).

Three Story Sandbox (2016) was released on the Tall Grass Records label established by Janice and her husband, drummer Jack Mouse.  The CD, featuring her in free improvisations with Jack and multi-instrumentalist Scott Robinson, was selected as a February, 2016 DownBeat "Editor's Pick."

In 2017  Janice and Jack launched the non-profit organization Flashpoint Creative Arts, whose mission is to promote greater understanding and participation in the art of improvisation.  In 2019 they were made Paul Harris Fellows by the Rotary Foundation of Rotary International in recognition of Flashpoint's work with young people with autism spectrum disorder.  In 2020 they served as artistic directors of Rotary's Jazz Quilt online fundraiser.

The native Chicagoan began her music training on keyboard at age 8 and her vocal training at 12.  She earned a Bachelor’s degree in Music from Barat College (Lake Forest IL), supplementing her vocal training at Northwestern University.  While attending the University of Illinois (Champaign-Urbana) for graduate study, she was a member of the Ineluctable Modality, a touring chamber ensemble that performed experimental "new music" by such contemporary composers as Mauricio Kagel, Morgan Powell and Iannis Xenakis.

Past performances include Chicago’s Jazz Showcase, The Iridium (NYC), the Women in Jazz Festival (Fort Bragg, CA), the IAJE Conference (NYC), the Chicago Jazz Festival, and many others.

Janice has been mentoring aspiring vocalists for nearly as long as she has been performing.  A recognized pioneer in vocal jazz education, in 1986 she founded the vocal jazz camp at the Sasktachewan Summer School of the Arts, and in 1989 brought it to the U.S. as the Janice Borla Vocal Jazz Camp and Hot Jazz – 6 Cool Nites Concert Series.  The annual event, cited by Jazziz Magazine as “one of the most innovative and dynamic summer jazz educational programs in the country,” enjoyed a 26-year run.  The annual concert series afforded her the opportunity to perform with a veritable “who’s who” of vocal jazz:  Sheila Jordan, Jay Clayton, Judy Niemack, Karrin Allyson, Peter Eldridge, Roseanna Vitro, Kitty Margolis, Madeline Eastman, Janet Lawson, Suzanne Pittson, Judi Silvano, Cathy Segal Garcia and Rosana Eckert.

Since 1996 Janice is Director of Vocal Jazz with the Jazz Studies Program at North Central College (Naperville IL).  She previously served on the jazz faculties at Benedictine University, Northeastern Illinois University and College of DuPage.  As a guest artist and clinician she has performed at high schools, colleges and festivals in the U.S., Canada, Europe and Japan.  She has published articles on vocal jazz in Downbeat and the Jazz Educators Journal, and since 2007 has served as judge for  the DownBeat Student Music Awards.

Janice Borla has made it her artistic mission to use her voice as a true jazz instrument – and that resolve is evident in all aspects of her music.  Her recordings and performances have earned her consistently high praise for her beautiful sound, superb technique, adventurous repertoire and imaginative vocal improvisations.

"A stunning singer with a lustrous voice and the technique, imagination and daring of the best improvising instrumentalists."
Bob Protzman, Pittsburgh Post-Gazette 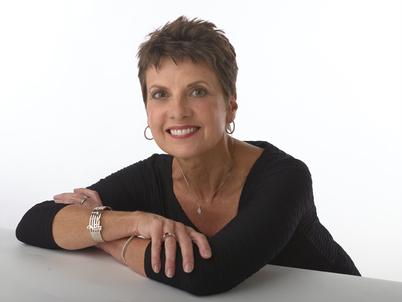 "Each time I play Janice Borla, the phone rings."